Your Mask Is Filthy and Offensive 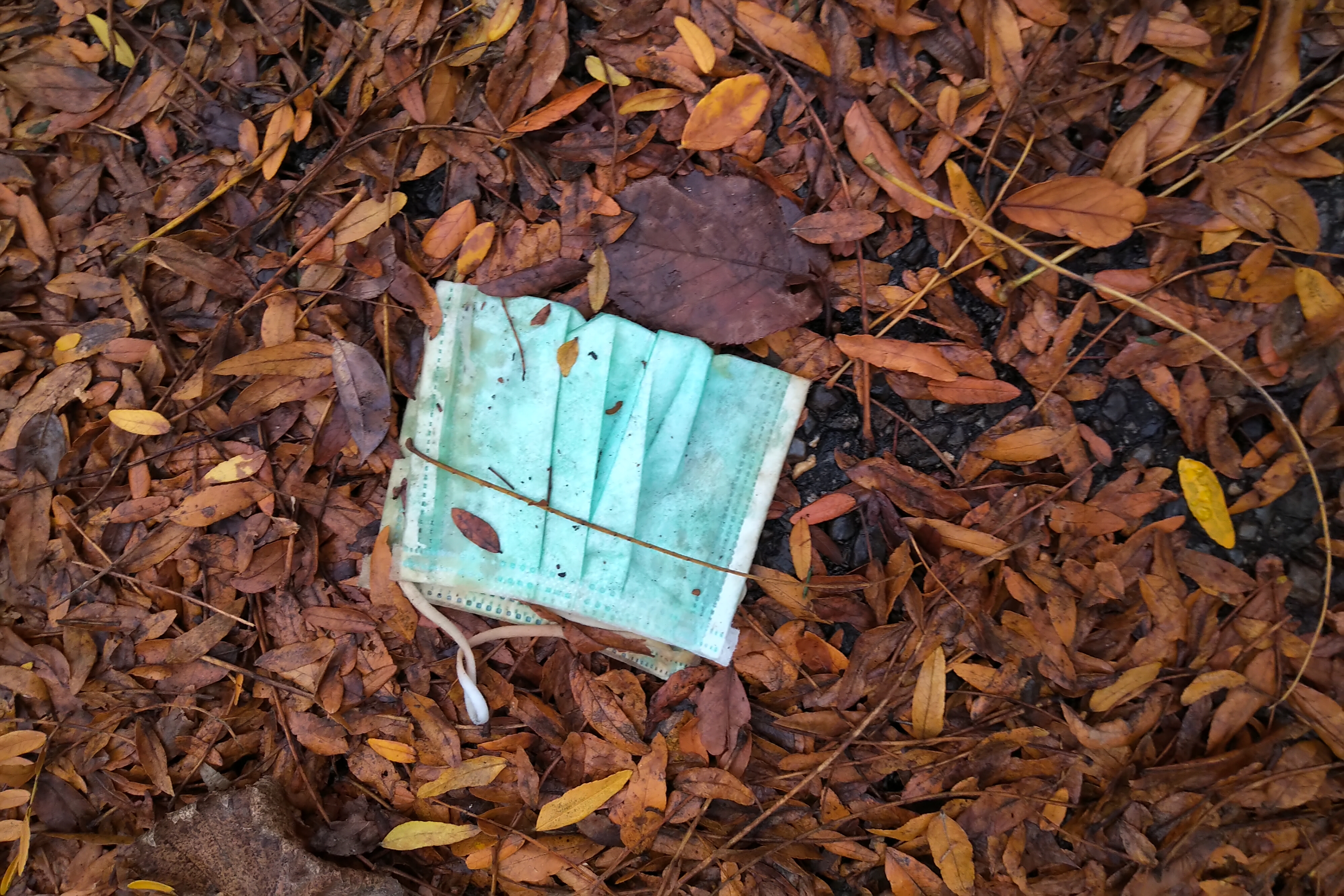 This is a biohazard, supposedly. Actually, it's just a normal piece of litter.

(NOTE: rude language to follow, and please note that I am non-violent and would never really punch a maskie in the mouth but am frustrated enough to feel like doing that at times.)

A warm, moist environment, practically built to facilitate the growth of bacteria and viruses, placed less than an inch from your breath hole. You breathe deeply, like an Ascended Master, multiplying the bacteria and viruses and parasites and other shit your body is trying to expel, and recycling it all back into your lungs thanks to your trusty mask, which you wear to signal your virtue and placate the Powers That (shouldn’t) Be. Breathe deeply, slave! Feel the power! Ah yes, this is Freedom and Justice! This is Life itself! Doing what you are told is a sure path to success!

If you think like that, all I have to say is f@ck you. F@ck your masters. F@ck your zombie apocalypse.

A perfectly perfect filtration system has been permanently affixed to my face by God Almighty. It is called my sinuses. They protect me from the millions upon millions of pathogens — viruses, bacteria, parasites, synthetic toxins, molds, fungi and more — free of charge while allowing me to BREATHE FREE. That's right: God Himself gave me the perfect mask.

I see discarded masks everywhere. They are gross not because of the millions upon millions of pathogens that have built up within them over many hours of wear by their zombie litterers — those pathogens have long since been vanquished by fresh air and sunlight — , not because of the fact that these discarded chin diapers are just another pedestrian reminder of the mindless waste of modern society, not just because these articles of flotsam didn’t feed anyone or clothe anyone (unlike littered Burger King wrappers which are considerably less offensive)…

No, they disgust and offend me as a stark reminder of how pathetically dumb the human race has become

I can’t look at one of these masks whether on a face (which I wish to punch turning the mask from disgusting, unnatural blue [there is no other way to describe that color than “disgusting, unnatural blue”] to BLOOD RED with one mighty swing of my fist to the wearer’s pie hole) or polluting the dirt of our beautiful mother, Earth, without thinking, “This is offensive to me as a sovereign human being whose bloodline has survived millions of years of pathogens without muzzling at the behest of 'Dr' Fauci [who has not treated a patient in 40 years, if ever].”

I have heard a few people say things like, “Oh, I know I don’t need it. I know that the virus is a common cold, but I wear it to protect others or to not make them uncomfortable.

Well, fuck that. That walking-dead zombie (they're already dead, incapable of thinking for themselves) thinks their little face diaper protects them from me, a potential bioweapon? Well, I guess we’re even, because the fact that they’re so dim-witted as to think that little piece of cloth is some kind of RIGHTEOUS SHIELD against the fake virus offends the living fizuckums out of me. Not only that, I don’t like being seen as a goddamn bioweapon. I’m not sick, bitch. Fuck off. I ain’t spreading jack shit to you.

That you are so willing to participate in this Satanic ritual of mass mask wearing, marching mindlessly toward the total and complete enslavement of our species offends me deeply.

It also offends me that you’re creating unnecessary garbage.

It offends me that you’re so blindly obedient to bullshit that is obvious to anyone with a triple-digit IQ.

It offends me THAT YOU ARE SO UNBELIEVABLY FUCKING STUPID, YOU PATHETIC, WALKING-DEAD ZOMBIE!!!

So I guess we're even. In fact, I reckon you come out ahead because there is no way you're as offended by my not wearing a disgusting germ-trapping face diaper as I am by your wearing one.

In sum, your mask is filthy and offensive so fuck off, you virtue-signalling waste of human cells.

So fuck you and your putrid, moist little face diaper.